This morning we all splited up and Kurt and I where on our own from now. We arrived in Kopenhagen in search for a shop to get breakfast. After finding some food we went to the camping spot to maintain our bikes and do some other stuff, and get ready for tommorow.
Not long later I meet up with Frederik a guy I know from the PC we went together into Copenhagen and he showed me around wich was really fun!
After a simple soup for dinner its now to to bed after a small evening cycle trip.
And getting ready for our first real planned cycling trip!
11 June (21:49)
Posted by Unknown at 17:16 1 comment:

Today the plan was easy. Get on the train from Eindhoven to Utrecht and from Utrecht to Kopenhagen.
The trouble already started in Eindhoven after a little storn there were delays of 90 minutes... So after waiting so long we eventually got on a train wich was so full that there was almost no room for the bike, but we managed to get in to the insanely hot train it was really warm.

In Utrecht no problem we got in the train and took of. But then at 11 O'clock the train stops for over half an hour. With heavy rain ans wind. We get to hear from other people that there are problems with the railroad but it will be fixed. After 9 hours going around the train inside and outside we were told that this train is not going to move anymore and then we had to go to a station in Dortmund with a taxi, but our bikes don't fit in there so they said. That's your problem...

So here we are just 120 km's from home stuck. We met up with other cyclist and came to the idea to cycle to 60 km's to Dortmund wich was a hell of a ride!

So we teamed up with a road cyclist and 2 other tour cyclists. We got our GPS set and after a short time we figured out why the train wasn't going to drive anymore.
Germany was like a battlefield tries everywhere cars hidden under fallen trees roads closed and traffic accidents.

After a while of intresting driving because of the trees and closed roads we came to Dortsmund where they should help us on a train. We had to go to Hamburg and get a train there but every train to Hamburg would't let us in with the Bikes. We were stranded in Dortmund, eventually we came to the idea to ask for the nightlane to Kopenhagen. Wich was going from this station. But she was not sure of there was going to be place.

After a nice dinner in town we come back at the train wich is standing ready to leave to Kopemhagen we sneaked our cycles on board and went outside talking with the staff and see if we can get in. We had to pretent like we are a family so we had more chance to get in. And right now I am wrighting feom the train directly to Copenhagen. 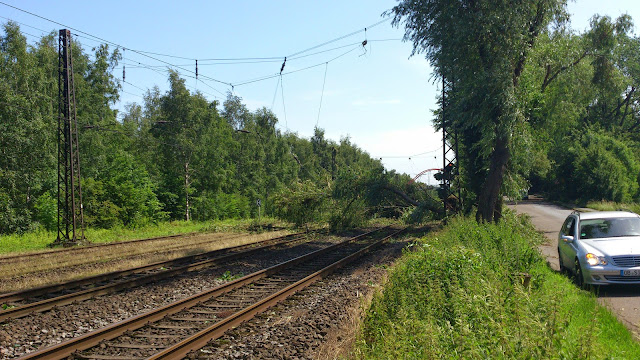 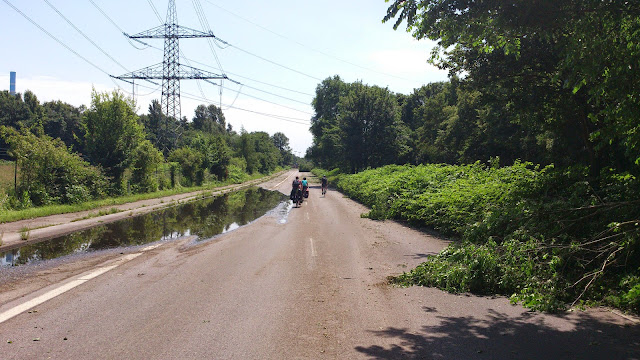 On our way to Kopenhagen we got into a storm no problem we tought. Until we stopped at 10 in the evening at Überhausen central station we waited over 9 hours. Then around 11 in the morning we got told to make our way to Dortmund. 80 km's away.
They didn't help us we are on our own we teamed up with some other cyclist. Now we are getting breakfast and preparing to travel to Dortmund. 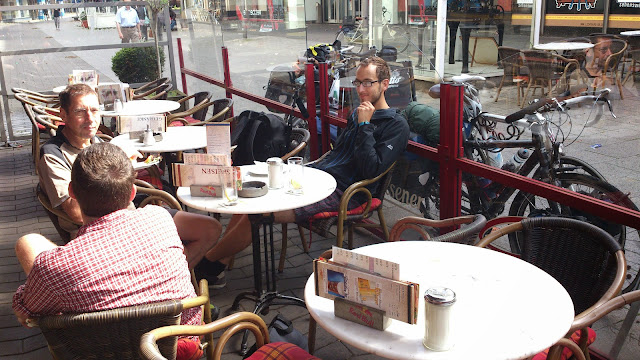 Looking into some nice weather it's time to departure. Right now it's 25 degrees and it will get warmer, we are heading into Germany right now this part of Germany is completly in chaos, the storm made a lot of damage.
Posted by Unknown at 09:39 1 comment:

Today it's time to start packing my bags, I couldn't do that yet because I didn't have all my stuff. Maybe
tommorow I still have to get last equipment as we departure somewhere around 4 O'clock.
Right now Kurt is on his way cycling to my house where he will stay the night and we leave tommorow. In a few hours I will get a text from Kurt and I will cycle towards him.

Tommorow I am making everything ready, ready to go!

Today I went out to get the last stuff for my trip I got myself some nice sunglasses and some clothing. Tommorow I am getting some last camping equipment and then I would be ready to go. Only thing left to do is pack my bags.
Posted by Unknown at 13:44 No comments:

We got liftoff. It was pretty hard to get our bikes onto a train but I did some calls around and managed to get a train to Kopenhagen with our cycles for a cheap price.

I only have to buy a few last little things. And pack my bags but that is not a big deal. We will be getting on the nightrain on 9th of June. 10th of June we will go around Kopenhagen and 11th of June we hit the roads!
Posted by Unknown at 17:43 No comments:

I told my uncle about half a year ago about my cycling trip and he said: You could borrow one of my cycles if you want. So that's what I did, and this is what I got now! 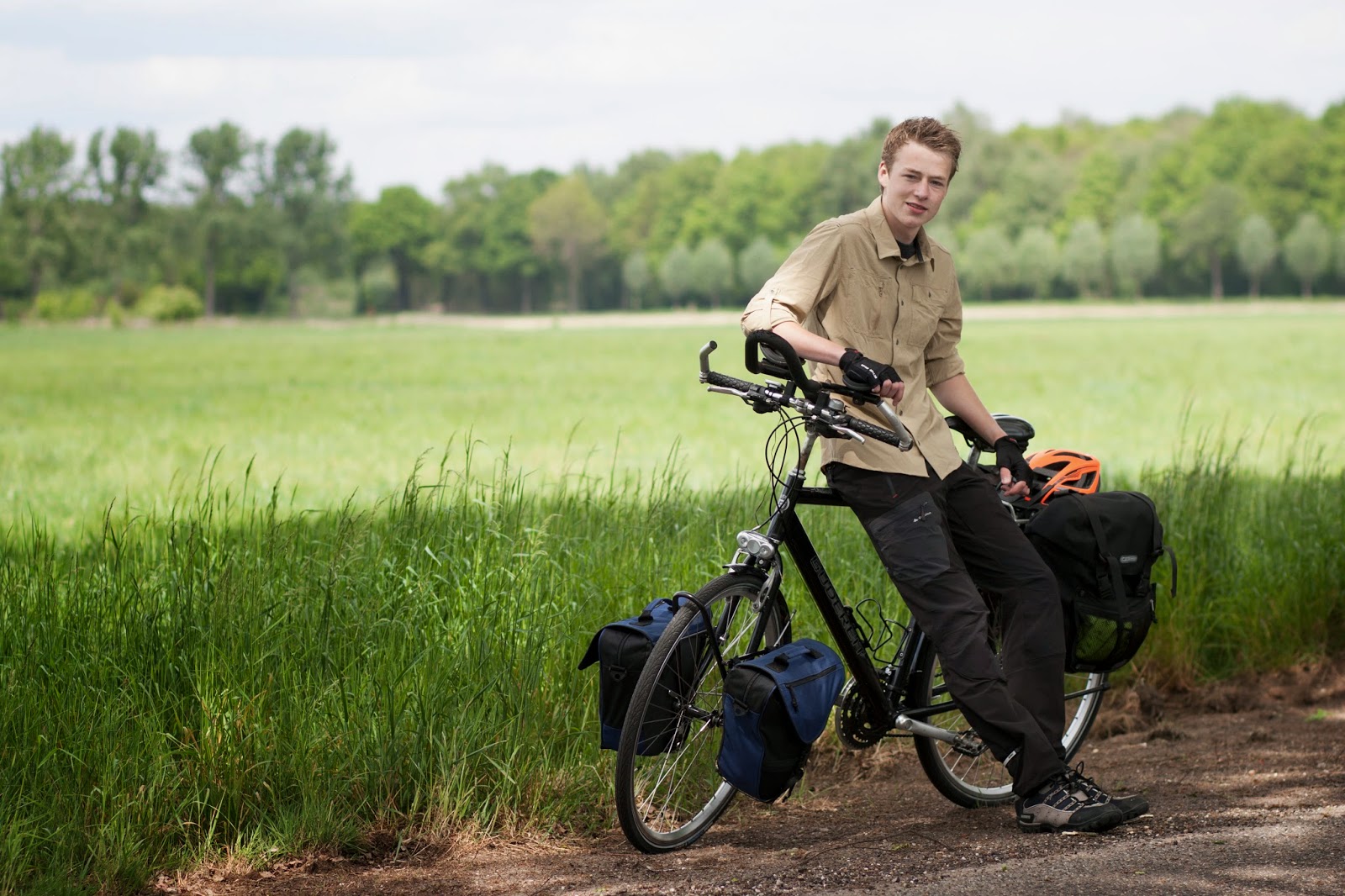 It's just a very basic bike but still better then my Gazelle.
He also provided me with bags on it, cycling shoes and a few other things.
The bike does the job well I am driving a lot with it to get a good feeling of the bike.

The only thing left for me to do is packing my bags and I am good to go.
Posted by Unknown at 12:05 1 comment: